When it comes to choosing a shower rail, there's one major decision you'll need to make: fixed or telescopic? Fixed shower rails are cut to the right length and then screwed to each wall. Telescopic shower rails extend from the middle and get held in place by anti-skid pads.

Here are just a few reasons you should choose a telescopic shower rail.

Firstly, a telescopic shower rail is incredibly easy to fit. You don't need to break out the power tools or brush up on your DIY. Instead, you simply place the rail where you want it and then extend, so the anti-skid pads at each end are held fast against each wall. It's a job you can get done in just a couple of minutes.

When you need to change the shower curtain, a telescopic rail makes things easy. You simply take it down and then slip all the rings off to remove the curtain. You might do that because of mould on the curtain, because the curtain looks a little dingy, or simply because you want something new. With a fixed shower curtain, you'll need to get on a step ladder and intricately remove each ring from the rail. It might not sound like a big job, but it gets tiresome and tedious in a hurry.

No Damage to Walls

Could be you want to add a shower curtain over your bath without damaging the walls. Since a telescopic shower rail stays in place through friction, there's no need to make any changes to your walls. That's also convenient if anything happens to the rail. In the unlikely event of you accidentally knocking it, the worst that will happen with a telescopic rail is that it comes loose. If you jerk a fixed shower rail too hard, it may damage the walls as it pulls away.

Bathrooms are one of the most popular rooms to renovate. If you own the property and stay put for at least a few years, chances are good you'll want to modernize yours at some point. Since telescopic rails can be taken down so quickly and easily, they don't get in the way. Better yet, you can easily reattach them when everything is done. Simply using a slightly different wall surface could render a fixed pool slightly too long or short. In contrast, a telescopic rail can be adjusted in seconds.

I Built My Dream Home--You Can Too!

I Designed My Dream Home--You Can Too! 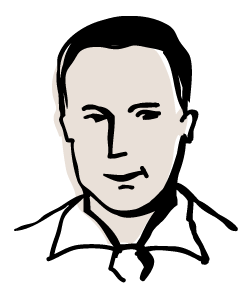 When I inherited my father's flat, I knew I had a golden opportunity to design the home of my dreams. It took me two years to perfect it, and I made huge changes--all new furniture, total redecoration and even some structural alterations. I learned a lot along the way, and I wanted to start a blog to share my love of amateur interior design with the world--as well as to let other people doing a total home renovation reap some of the benefits of my experience and learn from a few of my mistakes! I plan on covering everything from choosing paint colours to finding out where it's safe to hang a nail, so watch this space.

If you want to install roller blinds in one or mor …

Read More
Why Add Outdoor Blinds to Your Pergola?
28 January 2019

While you're pleased with your new pergola, you ha …

If you are like many these days, you probably have …

Who would not want to have a perfect appearance of …

The kitchen is a room you probably spend a lot of …